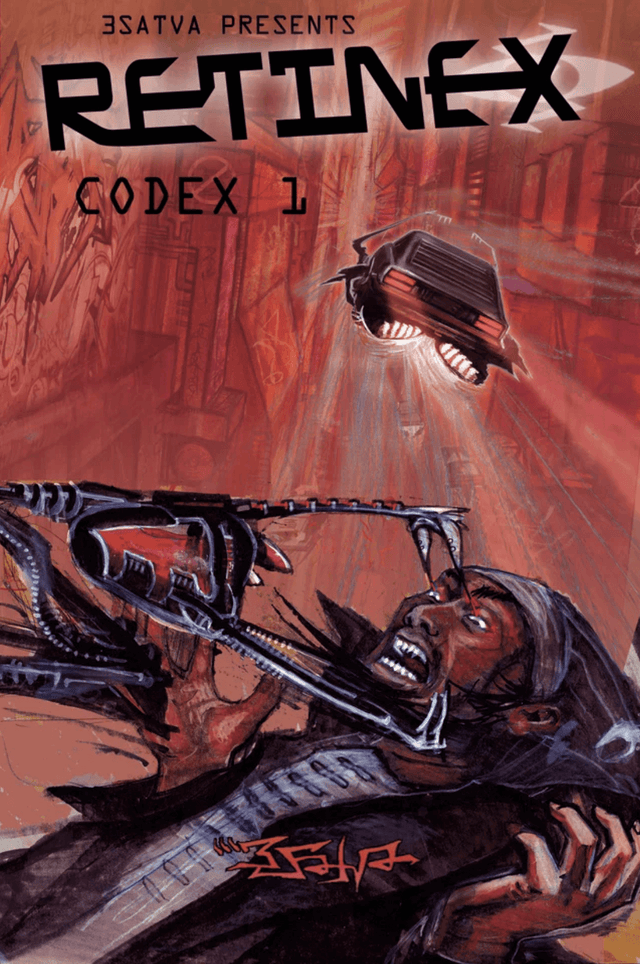 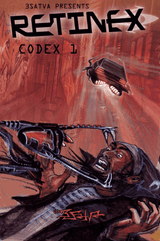 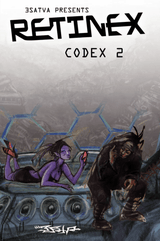 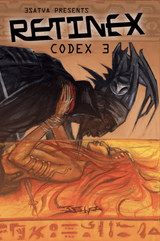 ​FADE, a rasta graffiti bandit tries desperately - and fails - to elude the CYLObots bent on inserting a state of the art implant in his eyes, RETINEX. His only hope for the concrete jungle of his former reality may be the ultimate tech junkie, a green-haired systems hacker who extracts codes from plants in a homemade junk-filled lab; or perhaps a shady harem master who lives across the desert of waste mountains. And this might not be all bad, except for the twisty-turvey competition from his purple-skinned ninja ex-girlfriend.

​The diabolical and multi-faceted Queen of Binary finds out Fade has hacked Retinex, meanwhile Fade has trouble acclimating to the Augmented Reality of the Meta Grid while the scythe of a genetically-engineered assassin looms about his throat. Fade uncovers a secret society his ex girlfriend is part of leaving him with no one left to trust..

Leaving a secret base inside a massive wasteland, Fade finds that an ancient prophesy is unfolding that he is the unwitting center of, which may end up helping him defeat the CYLO surveillance super state after all...